You are here: Home / Encouragement / He knowed! He knowed!

Something small but sweet happened to my daughter  a few years ago. In the grand scheme of life, it was small. But to my mamma’s heart and her child-like faith, it was huge. I wanted to share it with you too.

When Lily was younger, she was scheduled to go in for her first eye appointment. She was four then, and her pediatrician thought it would be good for her to see an ophthalmologist to get a baseline examination so we could track her eyesight.

Lily was quite nervous. 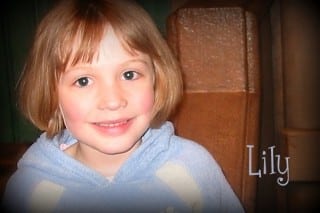 She mentioned it a few times to Troy and I (and to her BoomPa & Sweetie, whom you all know as Steve and Jane Claire Lambert). This was odd to us because she was rarely frightened or nervous of anything. This was the child who went in for her flu shot booster, pulled up her sleeve and said, “Doctor, do it in this arm. I’m brave.” In any event, I could tell she was holding this eye appointment in her “worry jar” and despite all of our explanations about it being no big deal, she wasn’t buying it. She was very stressed out. On the morning of the appointment, I was fixing tea and Mr. Rogers’ Neighborhood came on the televsion. That morning’s show was all about visiting your eye doctor! Lily was playing downstairs so I called to her quickly. She sat there for the whole 30 minutes….listening intently, nodding and watching everything.

When it was over she came in the kitchen and said, “Mamma, he knowed!” At first I thought she meant Mr. Rogers, but then she continued, “He knowed! Jesus knowed! He knowed I was scared about my eye ‘pointment and He told Mr. Rogers about it and he went to his eye doctor to show me it will be fine.” She was so amazed.

It just touched my heart so deeply. Every day, in even the smallest things, it’s important that we continually point our children toward heaven. Reminding them that “all good things” come from God. I am faithful to do this sometimes, and fail many times. But it was such an encouragement for me to see my child recognizing God’s hand in her life! She was worried and found comfort from Mr. Rogers, but immediately sensed it was Jesus who had planned her day. She went on to the eye doctor, never mentioned her fear again, did well and (as a sidenote) has very good eyesight. As I was telling this story to my friends, one said, “What joy that must have brought to Mr. Rogers as he watched from heaven, knowing that he is still being used to bless kids. Some day in heaven, he and Lily can talk about what happened today. How precious.” I couldn’t agree more.

Need Your Input for NEW Five in a Row Product!!
Next Post: Shine Up that Brightness!

This site uses Akismet to reduce spam. Learn how your comment data is processed.

Only add to cart if you are NOT purchasing a Before Five in a Row manual or you want an additional set of story disks.

Yes, I still want to purchase the Before Five in a Row Story Disks.

Only add to cart if you are NOT purchasing a More Before Five in a Row manual or you want an additional set of story disks.

Yes, I still want to purchase the More Before Five in a Row Story Disks.